Streamlining the regulatory journey for offshore oil and gas decommissioning

Article 60 of the UN Convention on the Law of the Sea (UNCLOS III) 1982 provides more flexibility to leave structures in place, so long as they do not cause harm to other sea users, and with a requirement to ensure ‘appropriate publicity’ to their presence

Further detailed guidance is available in the IMO Guidelines and Standards for Removal of Offshore Installations and Structures on the Continental Shelf and the EEZ 1989.  This provides further specific guidance, for example the maximum size, water depth, water column clearance required before a structure can be left in situ, and specifies that a case-by-case assessment is required, rather than a blanket permission for permitting in-situ disposal.

The IMO's London Convention and Protocol 1996 confirmed that prohibited ‘dumping’ was inclusive of abandonment or toppling of platforms or man-made structures for the sole purpose of deliberate disposal, and provided further guidelines on creation of artificial reefs.

Regionally, the OSPAR Convention aims to protect the marine environment of the North East Atlantic Ocean.  In relation to decommissioning, OSPAR Decision 98/3 prohibits disused offshore installations being dumped or left wholly or partly in place, except under certain circumstances and with approval from the relevant regulator. 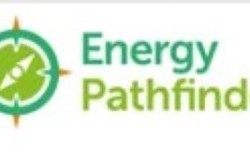 We use cookies to give us information on the traffic volume on this website, by continuing on you agree to their use. Find out more about how we use cookies